I would see ember evening skies of suffocating smog, dusty with the ashes of a war-torn city. The sunset in the horizon now shrouded by devastation, absent of the welcoming starry night that once filled the world with awe. For reality was a macabre series of hopelessness… of which, I could only pray, would never be the future of those to come.

I would see a multitude of broken souls, whose eyes dimmed with life as their will to live wavered. I would question if what I saw were true, for how could there be such disparate worlds, coexisting in such a time—of both carefree innocence and breathless fear, where fate had predetermined whether one lives or dies. Unsettling it was, for such a conflicting habitat to own this reality, with no saving grace—no reason nor choice. But perhaps, the future was different.

I would see a rising courage for a new world. From endless defeat to a cry of victory—a movement to live, with flags waving high in the fight for freedom. Righteous anger filled the disposition of many in their quest to own the choices they were gifted. Oh, how the world has changed—suddenly, destiny belonged to those who owned it. Suddenly, to be human was to defend one’s rights. Was this the future?

I would witness what seemed impossible eons ago—a coming together of all and sundry. What one would deem an unlikely marriage, in a time of great segregation, became a normality. Diverging paths with little commonality had united for the greater good. From a thousand lives, the passage of space and time had proven my faith in humanity was not in vain. There was… indeed… a different world beyond the now.

I would see lifetimes of turmoil, pain, and despair. Yet, in the midst of it all, I would see hope, change, and the true meaning of life. For a thousand lives on a single planet paints a story from a palette of a million hues, not of mere black and white as many souls often choose. And should any being grasp the nature of living, as I have from an ethereal plane, they would know… a thousand lives is never worth more than one.

Still, the question remains—if I could live a single life, would I glimpse the same?

This story was inspired by the original composition, Wish You Were Here by Ülvi Zeynalov.

I scrolled through my blog recently and realised that I don’t share enough personal stories. I do address certain topics based on experience, but nothing from, ‘hey, I was once an annoying kid,’ to, ‘wow, I said the cringiest things on Facebook.’ So today, I thought, let me share a #truestory.

This story begins in 2005. It was during those formative years in secondary school that I began exploring other forms of writing aside from short stories. I would write scripts for my school’s drama competitions, and I would write poetry–a whole lot of poetry. I thought I wasn’t good at short stories because I never won any writing competitions. So, I tried poetry instead. But even then–churning out both story-based and self-reflective pieces–I knew nothing about the rules and the mechanics of this art. I just wrote. And whenever I wrote, I would submit my poems to a local newspaper in hopes of being featured in their Wednesday student column.

Then 2007 rolled around. It was my final year in secondary school and I experienced the loss of two family members in a single week. My maternal grandfather passed away a few days prior to my paternal aunt. I wasn’t close to either of them as I can’t speak mandarin or hokkien–two of the few Chinese dialects in Malaysia. And, I only saw them once a year during Chinese New Year. So the loss was a strange kind of loss. I was sad–I cried when I heard about my grandfather, while I was unexpectedly called out from school–but… I didn’t know why.

At their funerals, of which I had to travel from one state to another just a few days apart, I wrote two poems. I used to carry a notebook around for when inspiration strikes, and conveniently, I had my notebook with me that week. Of course, I wouldn’t say their deaths were ‘inspiring’, but it led me to writing a piece titled, ‘Death’ and a piece titled, ‘If’. They were rather morbid pieces if I could say so myself. But it seems… I write better when in unpredictable and uncomfortable situations. 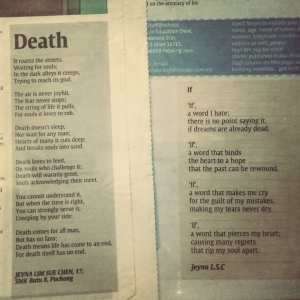 Shortly after those events, I returned to school and my carefree teenage life. Since I had two new poems, I submitted both of them to the same local newspaper. I didn’t expect anything, but twice, my friends hollered at me–after having flipped through their daily newspapers. They came into class saying, “Jeyna, you’re in the newspaper!” You see, my school allowed students a paid subscription to the daily newspaper. These students would receive their copies every morning. I wasn’t one of these students–my dad would buy the newspaper himself–and thus, I had no idea if my work was published. I had to be told, and on both occasions, the announcement from my friends and teachers were awesome surprises. Alas, it only happened twice. There was no third time, despite the dozens of poems I submitted.

Eleven years later, on May 30th 2018–coincidentally a Wednesday–I received a Facebook message from a friend with a snapshot of a different, but also local, newspaper. I knew I did an email interview. I even chose a handful of pictures to send to the journalist. But, I had no idea when the piece would be out. Being Facebook message–oh, how technology has advanced–brought back that same feeling when I discovered I was featured in 2007. This time however, almost a decade later, it wasn’t just my name. It was an almost full-page spread with my picture. Eleven years later… “Jeyna, you’re in the newspaper!”

If you’ve actually made it this far into my story, or if you follow me on Facebook and Twitter and have seen my status update itself, you might have noticed something. It took me eleven years. Eleven… long… years. Not one year, not three years, not even five years to be somewhat recognised, but eleven years. And I say ‘somewhat recognised’ because it’s only the first step. It’s a small accomplishment in comparison to the dream of having my book made into a movie. But, it’s a success nonetheless–one worth celebrating, just like the time my poems were published.

Now, if you don’t mind me asking, how many of you have been at your craft for almost a decade? If you raised your hand, let me applaud you for your tenacity and passion. Perhaps it’ll take you longer to see the fruits of your labour, but you will see it one day. You already have the drive to keep going and you shouldn’t stop. Don’t waste the years of blood, sweat, and tears. It is all worth it. Your dream is worth it. Your passion is worth it. Your story is worth it.

On the flip side, how many of you have been at your craft for less than a decade? If you’re thinking of giving up, don’t you dare! I cannot say you will achieve something in eleven years, but you shouldn’t give up just because ‘nothing’ is happening. Something is always happening when you invest in your talent. The only ‘nothing’, I dare say, is that ‘nothing’ is impossible. It might take you eleven years–it might even take you more, or perhaps less than eleven years–but nothing is impossible. Every step you take toward your dream is the first step toward something big. It’s just the start! And just like those of us, who have been chasing after the stars for many years, your dream, passion, and story are worth it–every muddy road, narrow trail, and arduous climb. After all, every path you take will eventually lead you somewhere.

This is a true story. This is my story. But this can be your story, too. 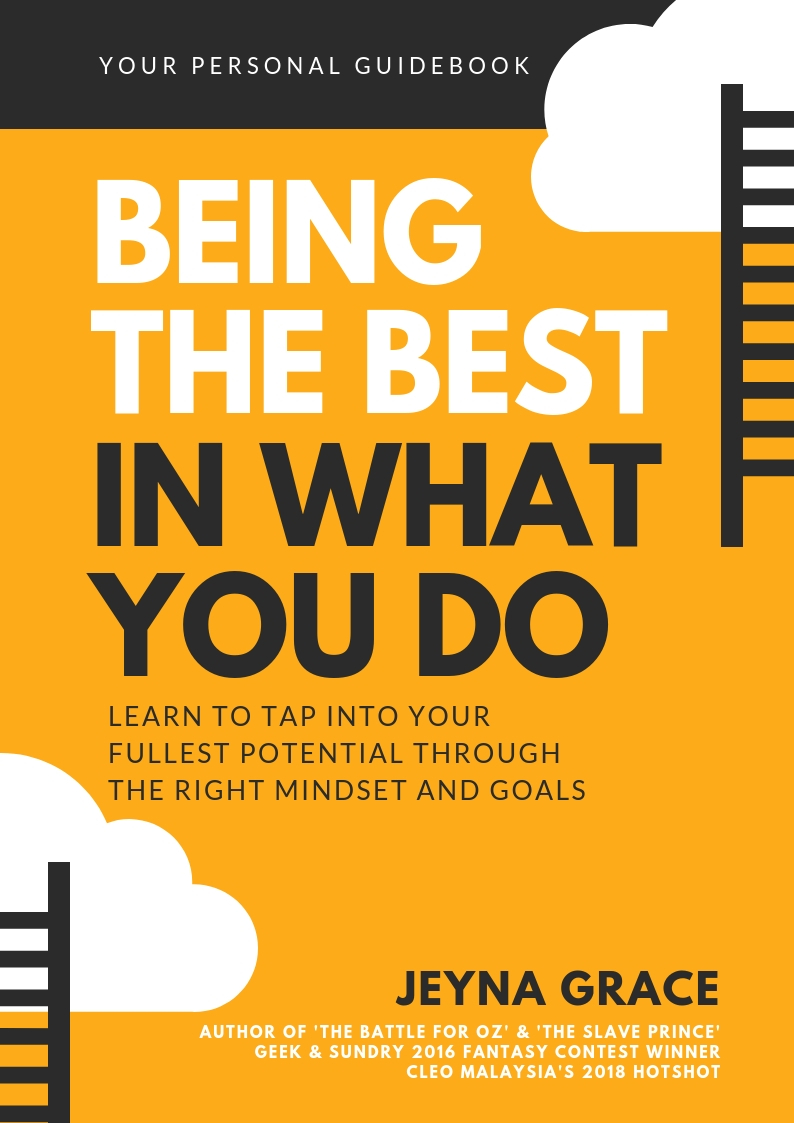